Should I Change My Name ? 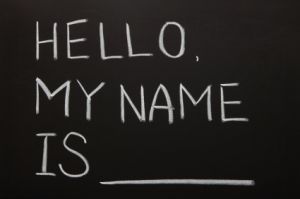 Many people who convert to Islam make an active choice to change their name to denote the beginning of a new life, a new start and a new religion. We must remember however that it is not obligatory for a person to change their name except under very specific circumstances. A person is in no way obliged to change their name unless it denotes servitude to someone or something other than Allah or has a forbidden meaning. However, Islam tells us that every person will be influenced by the meanings and connotations associated with his name, and therefore we should name our children with "good" names. This is equally true when a person converts to Islam. They should at the very least consider the meaning of their name and what it denotes or calls to mind. Whether we like it or not names do carry meanings and they evoke images or preconceptions about the person so named. This was the main reason why Prophet Muhammad (peace & blessings be upon him) suggested that some people change their names.

Let us therefore take a closer look at choosing and changing your name upon conversion to Islam.

How To Deal With Sadness And Worry

The typical person in the developed world battles sadness and worry on a daily basis. At the same time you will often hear similar people comment about how happy and content those who live in underdeveloped Muslim countries appear to be. Even facing extreme poverty, hunger and loss, they repeatedly accept their circumstances without complaint. Why do they not suffer from stress and anxiety? We could accept at face value, that because they face death on a daily basis, everything else pales in comparison or we could look a little deeper and wonder about their relationship with Allah.

In the 21st century religious beliefs do not give the same comfort we would have expected one hundred, fifty or even twenty years ago. We have everything available at our finger tips or at the touch of a button but technology does not hold our hand in the quiet of the night or soothe our fears when our heart beats erratically, and our souls are filled with unreasonable fears and anxiety. The religion of Islam is all about making and keeping a connection with God. Islam instructs us to deal with sadness and worry by turning to Allah with patience, gratitude and trust.

After a person has accepted Islam as their religion they will come to realise that Islam is more than just a religion - it is way of life. Worship is not reserved for special days or special ceremonies; it is a part of our living and our dying, our working and our play, our rest and our study. In short Islam is something that we live with all our actions, thoughts and deeds. Developing good habits to assist us in our everyday lives as a worshipper of the One God is easy. Below you will find a few guidelines to get you started. They are habits that should Insha Allah become as familiar as breathing.

1.Dedicate some part of everyday to reading a translation of the Quran.

2.Pay strict attention to learning how to pray. Try to improve your prayers until you are satisfied that you are praying in the correct manner. Sometimes this takes longer than you might expect, so do not be discouraged.

Changing the Name of a New Muslim: Custom or Religious? 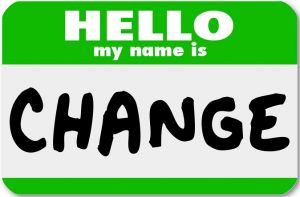 It was the summer of 1999 in Tulsa when I walked into a sandwich shop. My pants sagging and hat turned back and to the side, I looked at the seemingly Greek guy behind the desk and said: ‘Let me get a Gyro with extra sauce’. After I sat down waiting for my sandwich, I heard the guy answer the phone with as-salamu `alaykum (peace be upon you; Islamic greeting of peace) and thought: ‘Wow that Greek cat is Muslim!’
You see I had been reading the Qur’an for over a year and believing it to be the message of God, yet heavily struggling with a corrupt lifestyle. I had only met three Muslims before, but they didn’t practice hence they don’t even know where a Mosque might be. So when I went to get my Gyro I told him as-salamu `alaykum.
He looked me up and down and asked: ‘Are you a Muslim?’
I quickly affirmed confused by his question ‘Yeah man, can you hook me up with a mosque around here?’
He had no clue what a mosque is but after I explained, he said that they had just opened a nice newly built masjid (mosque) and he gave me directions. So then I asked him if many Greeks are Muslim and he said: ‘I’m not Greek I’m Syrian!’ 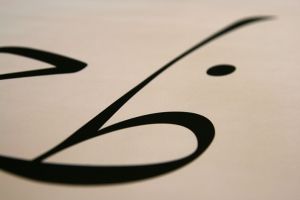 Although Arabic is not the mother language of most of the world’s Muslims, it is the language of the Quran and thus Islam. Therefore it is desirable for all Muslims to have a working knowledge of common Islamic terms.  When learning to pray and when increasing your interaction with other Muslims you will come across many of these terms.   Some of them might seem strange and incomprehensible but you will soon realise that they are used with ease and often.  This is because the majority of common Islamic terms are in and of themselves du’as.  The Arabic language serves to unite the Muslim Ummah; if two people speak entirely different languages they are at least united by their use of Arabic to remember and worship Allah.

1.     Assalam Alaikum.  This is the Islamic greeting.  The first word, Assalam, is derived from the same linguistic root as the words Muslim and Islam, sa - la - ma, which means submission to the will of Allah and also encompasses the concepts of peace, security and safety.   When a Muslim says Assalam Alaikum he is asking Allah to grant the receiver of the greeting protection and security.  The response is Wa Alaikum Assalam, meaning,  ‘May Allah (also) grant you protection and security’. These brief Arabic words let Muslims know that they are among friends, not strangers.
When you are greeted with a greeting, greet in return with what is better than it or (at least) return it equally.  Certainly, God is Ever a Careful Account Taker of all things.” (Quran 4:86)